Behind the Boss Country Scene 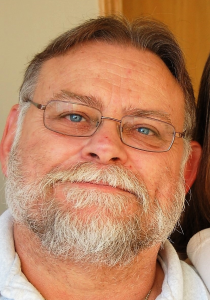 Bill attended Liberal High School graduating in 1968. While there Bill helped produce a high school radio show which aired on KSCB AM in Liberal, KS. He later went on to work part-time at KSCB AM. He studied radio and TV broadcasting at Emporia State University. In 1973 he obtained his First Class FCC license and upon returning to Liberal began his full-time radio career. Between 1973 and 1980 Bill worked at KLIB AM and KSCB AM respectively, in Liberal as an air personality and program director.

In 1980 Bill moved to Salina, KS where he became Program Director and an on-air personality at KINA AM/KQNS FM until 1987. For the next 10 years, Bill worked for KYEZ FM/KSAL AM in various capacities including on-air personality, programming, and operations. He moved to KINA/KSKG and was in charge of changing formats for both stations – one to News Talk and the other to Country. In 2004 Bill was asked to return to KYEZ/KSAL to run operations and programming in addition to hosting the morning show on KYEZ. He remained there until he retired in 2014. Bill’s commitment to his craft and especially to his audience in the community lead to him broadcasting his morning show from home on numerous occasions following surgeries that required extensive bed rest. He was named “Personality of the Year” by the Salina Journal numerous times.

In addition to his radio career, Bill owned and operated a mobile DJ service for 20-plus years. Bill’s commitment to his community of Salina is second to none. He’s helped organize benefits for Toys From the Heart; St Jude’s Radiothon, Helping Hands; and the Child Abuse Awareness Prevention Services – just to name a few. He served on the KAB Board and was the recipient of the Sonny Slater Award for Service to Community and Station in 2008. Bill was inducted into the Kansas Association of Broadcasting Hall of Fame in 2017.