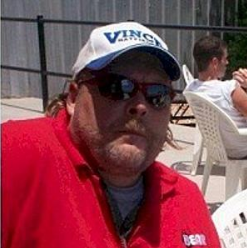 Kidd Manning has been connected to the hip of Country music and country radio since 1974. Kidd began his trip with Jamey Karr at West Texas State University as the head of the College radio station. After beginning his radio journey in Amarillo, Kidd moved to Oklahoma City, then off to Colorado Springs, Los Angeles, Arizona, Missouri, and it seems a dozen other places as radio guys often do.

Growing up on the family farm in Floydada, Texas, the birthplace of Don Williams, Don’s mother used to raid the Manning’s black-eyed pea patch, squash, tomatoes, sweet corn, and all the other gifts of the soil. Kidd’s family still farms cotton in Floydada and will for generations to come. There will always be a home in Texas for Kidd Manning. He is blessed beyond words to have that home. Kidd’s dad just turned 91 and still climbs on the John Deere tractor. Kidd thanks his dad for hearty genes.

Kidd is proud to be a part of Boss Boss radio family and afternoon guy on Boss Country. (Kidd won’t brag about the people he knows and has met… He spent many years in the concert business as a working member of the IATSE… and hates to hear people brag.)