THE BOSS FAMILY OF STATIONS

Boss Country is a proud station of the Boss Radio Network. Below are our stations from 70s and 80s to 90s and even Holidays and Country. We invite you to check them all out.

Back when MTV played videos and VH-1 was for your Mom…Boss 90s Now Radio recaptures the music of the dot com decade and brings it back to life in a way that only Boss can.

We’re busting out all the hits from the biggest 90s stars and the wild one-hit wonders. Britney, Christina, The Backstreet Boys, Dr. Dre, Coolio and much more. It’s like we took a Case Logic full of 90s CDs and crammed them into your smart device.
Perfect for those “90s Kids” who are all grown up now, Boss 90s Now covers it all, from the music, to the fashion, to the culture and lifestyle.

* Listeners limited to US, Canada and UK only due to royalties agreements 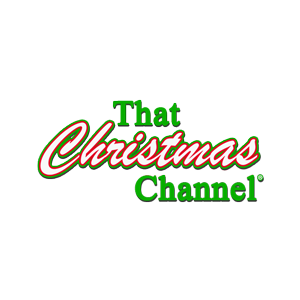 Your home for The Biggest Hits of Christmas and More! That Christmas Channel is always on 24/7/365 with Boss Holiday favorites it's like a trip through every Christmas of the past 70 years.

Plus, during the holiday season, we liven up the station with live Boss Jocks to make your Holidays Merry and Boss.

In the summer of 2012, we started Boss Boss Radio with a passion for Top 40 music radio of our youth, and along the way, we came across some real pros that wanted to play with us. Nearly eight years later, we are proud that Boss Boss Radio is the most admired station on the internet. We've become somewhat of a sensation with lots of others in the radio industry and with some real legends over the years.

And we're just getting started! As the flagship station of the Boss family, we're committed to providing the best music and being entertaining and fun. From the Boss Jocks -- all of whom were part of making radio great throughout the 20th Century -- to this great genre of music, we're playing them for You. The Greatest Boss Hits of All Time are playing now on The Boss!

Boss Country Legends and the best of Texas Country. We've got the best of the Country Music Legends coming together with today's hot new Texas Country music artists. You'll hear everything from Hank Dr. to Blake Shelton, from the 70s and 80s as well as the resurgence of Country music in the 1990s and beyond. We know you are going to fall in love with this station.

We've also got a stable of Boss Jocks that KNOW Country music like nobody's business. And what a treat to hear these Hall of Fame hosts bring you all this music, from The Great State of Texas! It's like walking through the Country Music Hall of Fame hour after hour. With a huge playlist, and the best of the best, you will quickly make Boss Country your favorite station.

PLAYING ALL THE HITS!
PlayFM, today’s hottest music together with the biggest recent hits and a hint of old school pop of the 90s and 2000s. We play today’s biggest and brightest. From established superstars such as Taylor Swift, The Jonas Bros., Justin Bieber, Billie Eilish and Camila Cabello to the very latest of today’s new and upcomers. PlayFM is not just another Top 40 pop station. And the PlayFM DJs keep the party going around the clock. Plus great features, like the "Flash Back Lunch" at noon, New Music Mondays, "Hot or Not" and a weekend of great programs including the Saturday Night House Party. All The Hits, we're PlayFM

One of the most endearing decades of rock and roll music is the 1970s. We've got a channel dedicated to the Boss Hits of the 1970s, it's That 70s Channel!

Nothing but great 70s music from the decade that gave us bell bottoms and women's liberation. And what a decade for music! The first decade to celebrate the singer/songwriter, social awareness and even a little whimsy and decadence.

That 70s Channel is hosted by friendly and informative DJs who know the 70s! You can also join us for Today's Top 10 every day as we count down the Top 10 for that day from a different 70s year! All 70s, all the time.