These days it seems natural that Brooks & Dunn would cover the song “My Maria” but it almost didn’t happen. The duo has been doing a lot of interviews lately promoting their upcoming tour and the subject of one of their biggest hits is popping up. 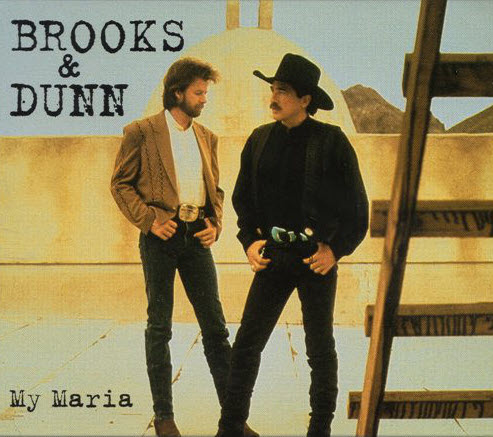 “My Maria” was originally a 70s hit for its composer B. W. Stevenson and would seem like a home run for the pair. But Ronnie Dunn was hesitant about recording the song. “I was afraid to even sing it a lot for a while,” Dunn said during an interview for I Miss…90s Country Radio with Nick Hoffman on Apple Music Country. “I was hesitant to do it because I thought, ‘Oh man, it’s just that falsetto thing.’ It’s a rock song, in my opinion. And I was very much wrong.”

His partner Kix Brooks added, “I’ve heard him sing probably more than anybody at this point and I knew, man, if I could just convince him, can we please cut it one more time? And it was weeks after that, that it took because he didn’t want to cut it in the first place and to his credit, he went back and did it again. Man, I was so excited to hear that record the second time.”

The song also earned Brooks & Dunn a Grammy for Best Country Vocal Performance by a Duo or Group and it went to number 1 on the U.S. country music chart. In addition to being a chart-topper for Brooks & Dunn, it was their last song performed together at the 2010 ACM Awards as well as at the ACM’s 50th anniversary of its award in 2015. The duo would then re-record “My Maria” in 2019 with Thomas Rhett for the release of their Reboot album.